1st Cumnock Company The Boys' Brigade was formed in 1961.

The Company meets at the BB Hall, Millbank, Cumnock 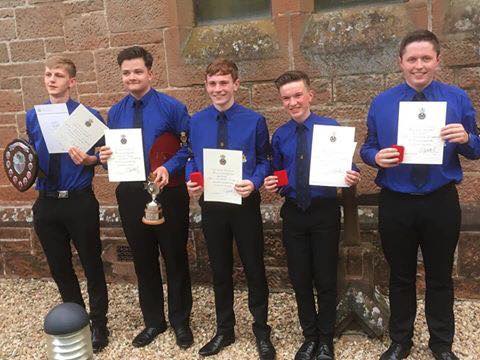 4 members of the Company Section were presented with  their Duke of Edinburgh Gold Awards at a ceremony at the Palace of Holyroodhouse in July. Their certificates were presented by comedian and radio presenter Des Clarke . Well done to David Ross, Jonny Shaw, Dane Love and Gregor Aitken. They were among a group of only 18 BB members that received their DoE Gold award in 2015. 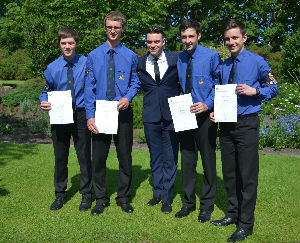 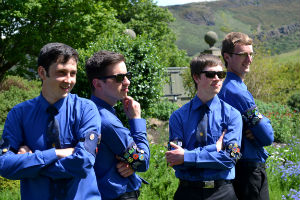 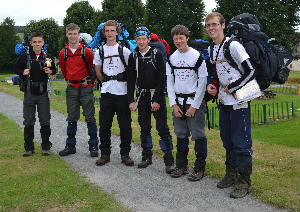 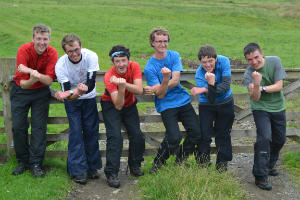 Provost Jim Todd presented the awards on Friday 6th June. The event was well attended and the Captain and Officers would like to thank everyone involved in making it such a success. 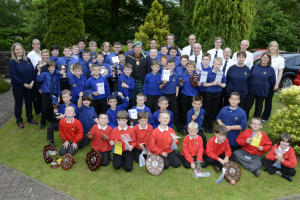 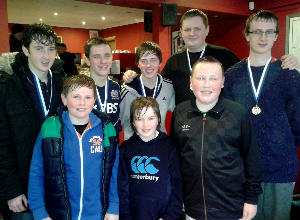 The senior team of David, Jonny, Fraser, Dane and Gregor were victorious in the 5-a-side competition, played four and won four.

Ross, Evan and Matt joined up with New Cumnock to compete in the junior competition. 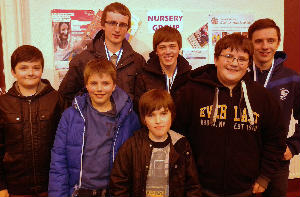 The senior team of Jonny, Dane and Gregor were runners-up yet again in the annual quiz, losing to Kilmarnock in a tie-break.Jonathan, Matthew, Evan and Lucas were placed a very creditable fifth. 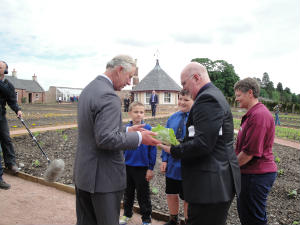 During 2013 a number of boys, officers and parents have been assisting in the development of the Walled Garden. A few were lucky enough to be invited along to the official opening and got to meet the Duke of Rothesay

Congratulations to Gregor, Dane and Jonathan who all received their Queen's Badges. They also attended a reception hosted by East Ayrshire where they received a further presentation from Provost Jim Todd. 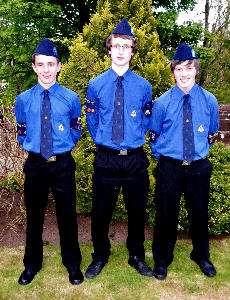 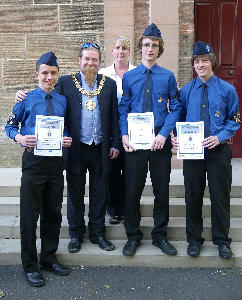 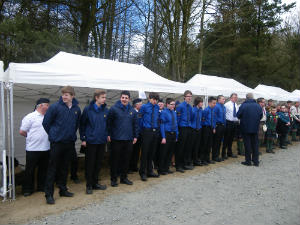 Dane, Gregor and Jonathan were at Dumfries House to meet the Royals. More pictures on the Company Section page. 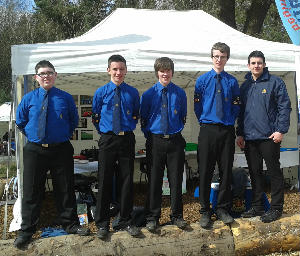 Coffee Morning - The Coffee Morning on 9th March 2013 raised over £1100 for Yorkhill. Well done to all involved and thanks for your support. 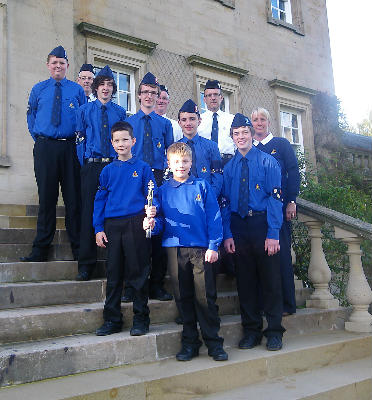 Junior Section and Senior Section boys were at Dumfries House to receive the Diamond Jubilee Baton. Inside is a message from the Queen which will be delivered to National Conference after travelling all over the UK, 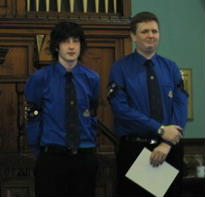 Fraser Young and David Ross were presented with their Queen's Badge at the Presentation of Awards. This is the highest award that they can gain in the BB and both are to be congratulated on their achievement.

The Junior Section and Company Section boys had a great time at Barcaple near Kirkcudbright. Weekend activities included kayaking, canoeing, archery, zip-wire and tree climbing. A great time was had by all. 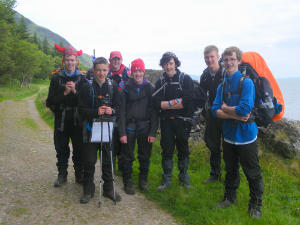 Seven boys completed a three day expedition on Arran as part of their Silver / Gold Duke of Edinburgh Awards. With glorious weather on the island over the Diamond Jubilee weekend, everyone had a great time.

After finishing up in Sannox on Monday, evreryone returned to Auchrannie for a shower and dinner before returning on the last ferry.

The church logo was drawn by one of our BB officers, Dane Love. He has also written a number of books on local history. Visit his website here.